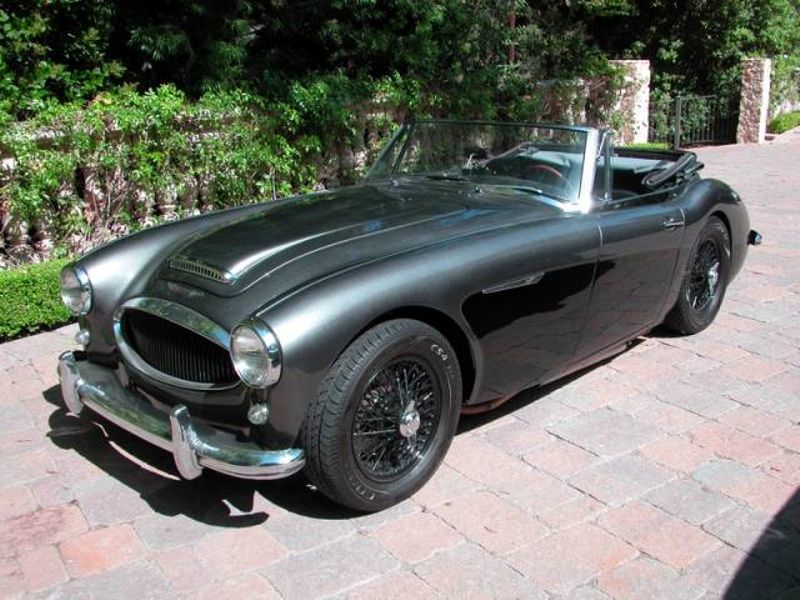 The Austin-Healey 3000 was produced from 1959 to 1967. The Healey's body work was made by Jensen Motors and the vehicles were assembled by BMC (British Motor Company)  in Abingdon, England.  The Mark II edition arrived in 1961. The main differences which the Mark II offered, were the addition of a wrap around wind screen and most importantly the addition of wind up windows. The Healey featured a Straight six cylinder engine and twin SU carburetors producing 132 H.P which provided robust performance in a 2500 pound car. Girling front disc brakes, brought things to a halt in a hurry as needed. The Healey 3000 was a successful sports car which won it's class in many European rallies in the 1960's, The Healey was also raced at most major racing circuits around the world, and is still successfully raced in historical competition events today.

Affectionally known as the big Healey, our featured Austin-Healey 3000 Mark II was treated to a frame off restoration in 2005. The engine was rebuilt at that time as well. The car is stunning in every respect. It looks and drives well, especially compared to other sports cars of it's era. The Healey has developed a strong following over the years and has become a real collectable and has the recognition of which it rightfully deserves. The Austin Healey 3000 was the sports car that many of us (myself included) dreamed of, but could not afford in the 60's. This stunning Healey will only continue to increase in value as time goes by and they become even more scarce. Here is a great opportunity to put a real collectable piece of British sports car history in your garage,

We often close auctions early with a phone call.  We can also assist with any of your shipping requirments. Any Questions, Please contact:  Jim at 818-648-5223